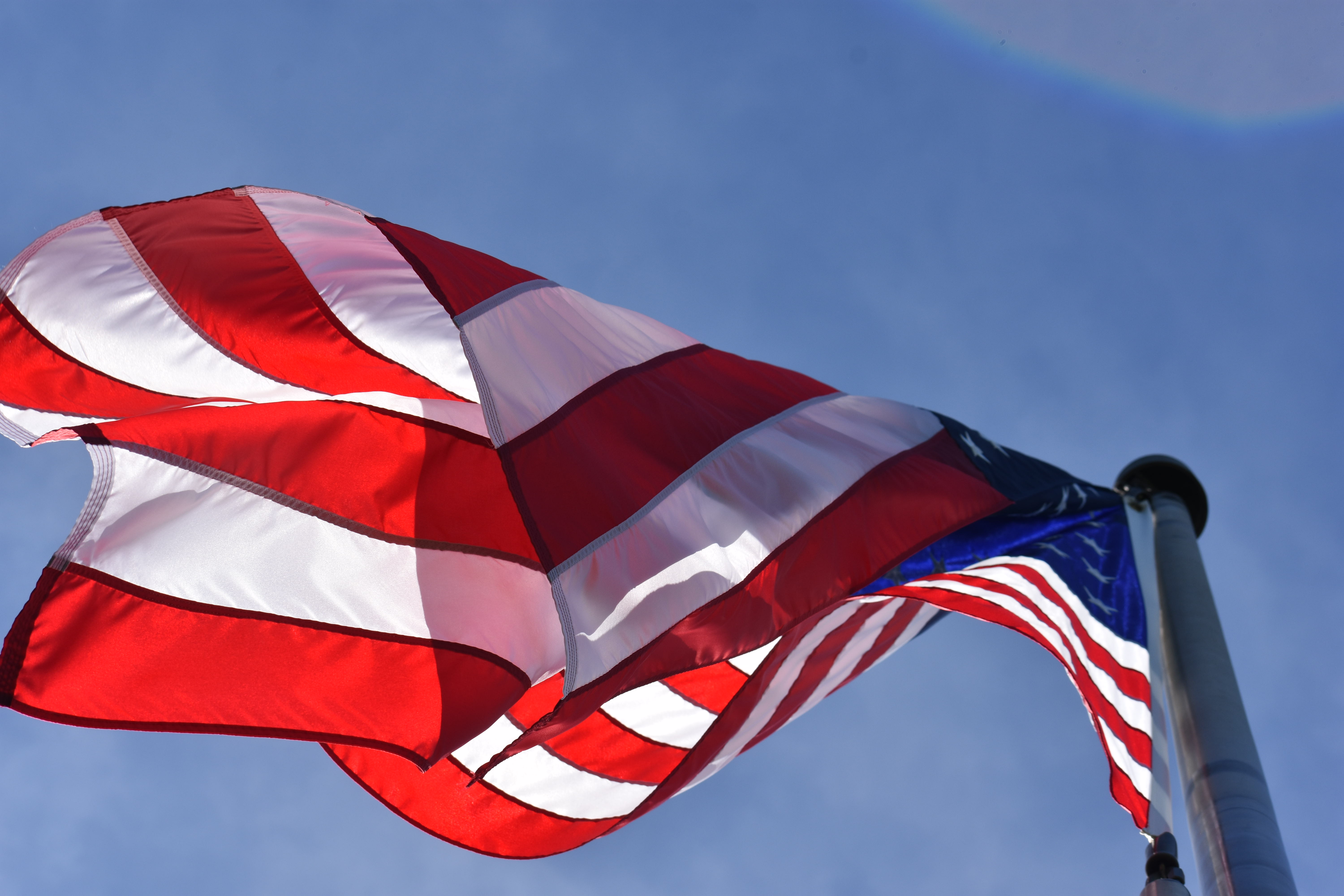 God bless every American! The Flag is precious!

I pledge allegiance to the Flag
of the United States of America,
and to the Republic for which it stands,
one Nation, under God, indivisible,
with liberty, and justice for all!

by Francis Scott Key. Released in 1814

♪ Oh, say can you see by the dawn’s early light ♫
♫ What so proudly we hailed at the twilight’s last gleaming? ♪
♪ Whose broad stripes and bright stars through the perilous fight, ♫
♫ O’er the ramparts we watched were so gallantly streaming? ♪
♪ And the rocket’s red glare, the bombs bursting in air, ♫
♫ Gave proof through the night that our flag was still there. ♪
♪ Oh, say does that star-spangled banner yet wave! ♫

Take time today to honor keeping our flag flying high and strong! Celebrate every special American–every second, minute and hour. Thanks to every citizen, veteran, and hero! Everyone is so special! We are so blessed to live in such a free country! The legacy lives on and on. . .

A Brief History:
Premise: In order to celebrate a more, perfect Union and the heritage behind the symbol of freedom, a holiday purely to celebrate the important artifact called the American flag.

Who:  First in the 19th century by Bernard Cigrand, a Wisconsin teacher then Illinois dentist, originated the original idea for an annual flag day — Then affirmed in the 20th century by President Woodrow Wilson.

Evolution of the flag:  The Colonial flag with thirteen stars has the half served truth that Betsy Ross, that served that tent seamstress for George Washington’s army knitted the first flag on her own. She was joined by Robert Morris and Colonel George Ross, a relative. As the states grew out of the colonies, the flag went through evolution as well. The latest flag went from 48 stars to 50 with preparations throughout the 1950’s and Alaska and Hawaii becoming states–and on July 4, 1960, a new design by Bob Heft was selected as the final draft of what we fly to this day.

Traditions: Many Americans observe the Memorial Day holiday by visiting cemeteries or memorials, and holding family gatherings, and participating and attending in parades in honor. The holiday is by no means a new one, because dating back to the late 1860’s, Americans in various towns, cities and states began holding springtime tributes to countless fallen soldiers. They decorated their graves with flowers and prayers.

Colonial History: In 1775, Colonists were fighting under several flags instead of one united flag. Within the war for independence against the British, the Brits fought under their own flag, so in June of 1775, the Second Continental Congress met in Philadelphia, creating the Continental Army. It was one unified force that inconsequentially led to the creation of what was the first Colonial American flag, in red, white and blue with 13 red and white alternating stripes with the Union Jack in the corner. This led to some confusion because it was very close to the look of the British flag. George Washington looked for a solution to ease on confusion, build better confidence and create symbolism by a unique design. On June 14, 1777, the Second Continental Congress while writing the Articles of Confederation, passed a resolution on a unique design for the to come flag with a “Flag of the United States be 13 stripes, alternate red and white. . .The union be 13 stars, white in a blue field, representing a new constellation.”

Not on July 4th: The holiday is celebrated on a different day than our Independence Day, because the inception of the making of the flag was on June 14th.

I am sharing a few facts, and more, some trivia, some not trivial. . . 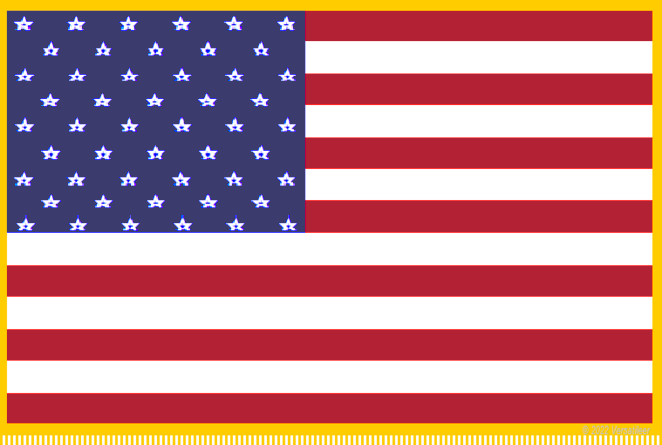 The Present:
The flag still flies high, to the day. It stands for the freedom it bears, and plenty of people are still willing to defend her to today. Visit “Our Flag” courtesy of GovInfo.gov (CDOC-109sdoc18.pdf) to learn more from the official flag website!

The Future:
We will NEVER, ever forget that the flag is very important and all those who died in the name of the freedom for which the flag! God Bless the U.S.A.! 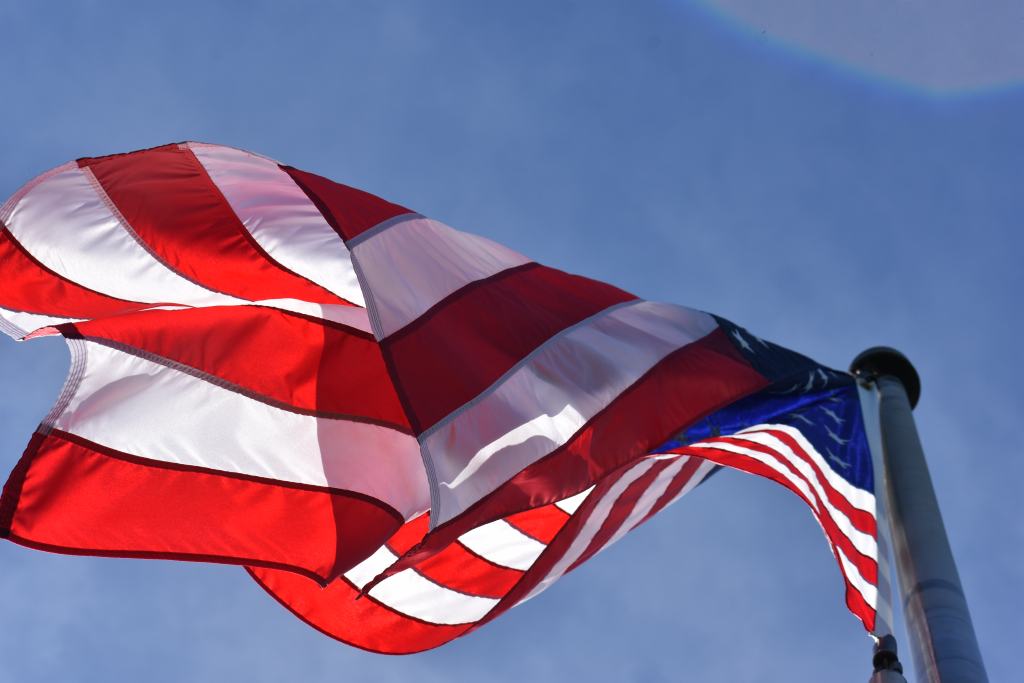